Meet the wildest bunch in the west... 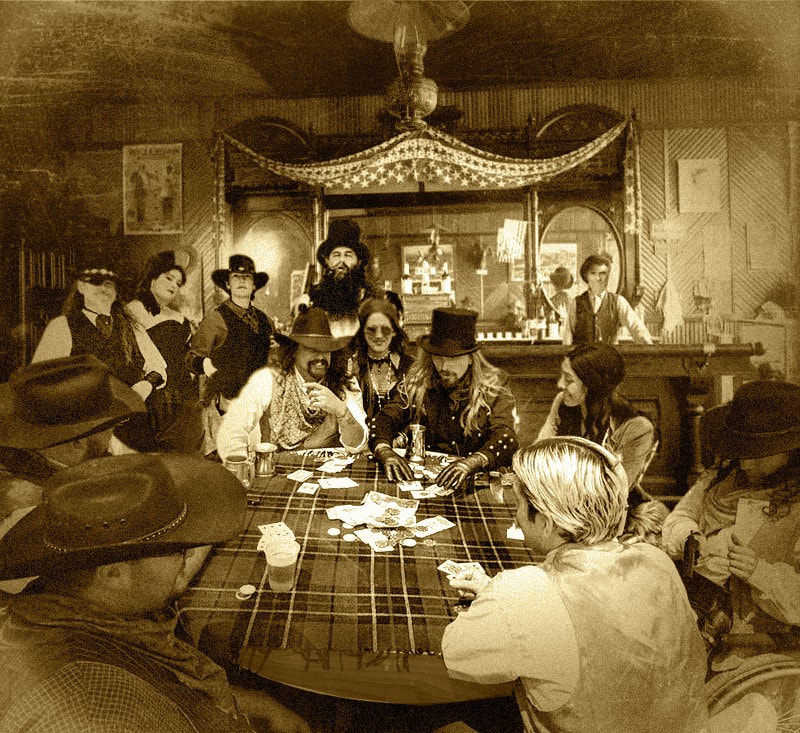 With the crack of a whip, and the "Bang! Bang! Bang!" of shootin' irons, the Black Flag Gang are the most vociferous bunch of gun totin' varmints this side of the Mojave!

Led by that steely-eyed Virginian, "Black" Angus Campbell, the Black Flag Gang have robbed more banks, stuck-up more stagecoaches and held-up more trains than any dozen or so outlaw gangs combined!  (Or, at least,  that's what they claim.)

When they ride into town, six-guns a blazin', they can make an ordinary street fight look like a church meetin'! A gang so ornary, they'd rastle the devil for a penny!  So mean they'd eat off the same plate as a rattlesnake! A gang so filled with . . . well, you get the idea.


​The Black Flag Gang is a family friendly troupe of Old West entertainers consisting of former Hollywood actors, stage and street performers and just plain lovers of the genre.  The Gang has performed at numerous parties, shows and events in Northern California, including "Gold Rush Days" in Old Town Sacramento, Colfax Railroad Days,  Folsom Railfest. The Black Flag Gang are ready to make your Old West event one to remember!

​The Black Flag Gang are trained professionals who use safe, stage prop guns with top-quality blank loads. No concussive blast exits the barrel.